Computers in the classroom 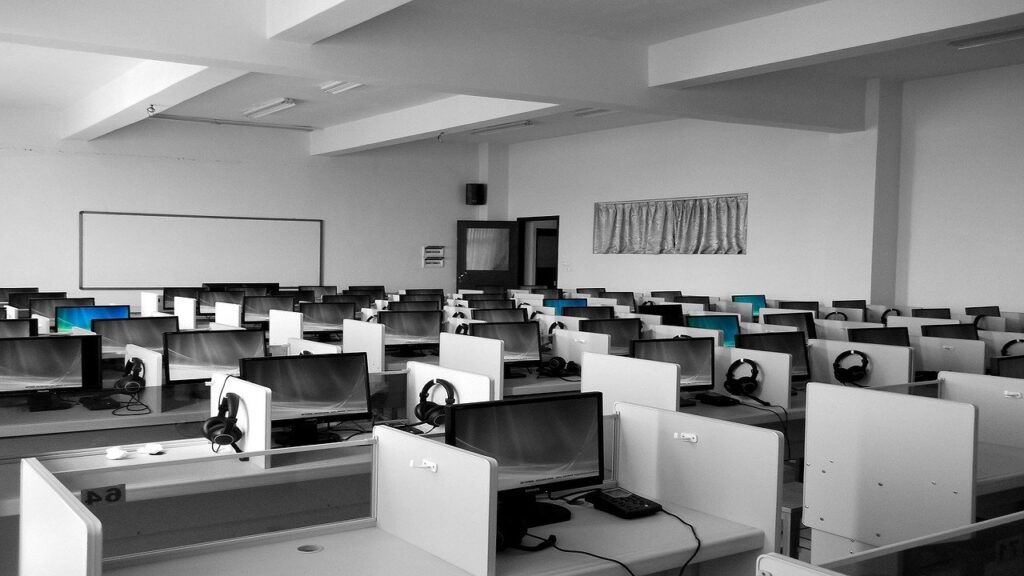 Can technology replace teachers? With the development of artificial intelligence and other computer technologies, scientists are increasingly asking the question: can computers replace the classroom teachers in the near future?

Computers in the classroom

This issue is being actively discussed in education. Daring daredevils have appeared who claim that soon, with computers in the classroom, teachers will not be needed at all. Electronic textbooks and computer programs will free society from the need for teachers.

What do scientists think about this?

Some time ago, the University of Oxford conducted a study analyzing 700 professions to understand which of them is at the most significant risk of extinction. It turned out that teachers belong to a category that has nothing to fear in the coming years.

The teacher is not just a source of information. This is a person who will give life advice, help you choose a career, protect someone who is mistreated by peers at school. Finally, try to imagine a class going to the theater led by a robot. Creepy, isn’t it?

The teacher, for the younger generation, is a guiding star, moral guide, mentor, protector, and elder friend. Putting all these factors together, it turns out that technology is more likely to replace doctors, psychoanalysts, and politicians than representatives of the respected teaching profession.

What did the experiments with robot teachers lead to?

The computers and technologies news is full of messages about experiments in robotizing the educational process. As a fresh example, we can cite a robot teacher that appeared in one of the higher educational institutions in the United States. At the West Point Military Academy, a robot named “Bina48” gave students a philosophy class in a computer classroom for an audience of 100.

The main goal of the experiment was to see if the robot could do the classroom activity. Will he be able to convey the essence to students and arouse interest in the subject? Or computers in the classroom in the absence of the teacher cannot teach children anything?

Bina48 was loaded with much information about war theory, politics, philosophy, and the lesson plan that researcher William Barry compiled. At the same time, the robot could not use any other information from the Internet, except the downloaded one, since the researchers wanted Bina48 not to deviate from the curriculum and build a dialogue based only on it.

Before the start of the lesson, the scientists thought that it would be entertaining. However, they were extremely surprised when the students began to take notes, and the robot answered all the questions asked to it without any problems (Do you like our posts? Then check out our business listing site on our mainpage at Direktory.org.).

Why not replace teachers with computers in the classroom right now?

There are several obvious reasons for this:

– To receive information and assimilate it does not mean learning to think … The teacher helps students “to read between the lines”.

– Ask questions: How will the computer check students’ essays? Checking for spelling errors only? Is it possible for a “machine” to understand the secret of human thought?

– A kid who spends a lot of time at the computer experiences difficulties in real life, cannot clearly express his thoughts in communication, becomes constrained, he is more comfortable with a computer than among his peers.

– The teacher instructs children and shows how to behave correctly in society. No other modern technology has so much humanity to make a person out of a simple student with a capital letter.

Despite the obvious advantages of new educational technologies, it will not be possible to completely replace the teacher with artificial intelligence without losing the quality of teaching shortly. The main problem is in the student’s perception of the learning process itself, a sense of responsibility towards a living teacher, communication, and much more.

Therefore, teachers who share their life experiences with students, shape their worldview, and help them become worthy members of our society, just don’t worry yet. Live human communication will never replace a computer, as never an electronic version of a textbook can be better than a real book.